Mexican Gold Mining Corp. controls the entire core of the once-famous Las Minas historic mining district. The canyons of Las Minas (‘mines’ in Spanish) were renowned for their rich copper-gold skarn and vein gold deposits. Applying modern mineral exploration and mining methods in historic mining districts has been a recipe for multiple successes in the two decades since Mexico began opening up to foreign investment. 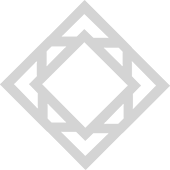 Vast volumes of material which could never have been found, accessed or economically mined with small scale mining operations are now mined as high-grade ore throughout the country. This is the model that Mexican Gold Mining Corp. is well-positioned to develop.

The village of Las Minas is within kilometers of a high-speed road and rail corridor. It is 250 road kms from Mexico City and 160kms from the Gulf port of Veracruz. The local area features a small hydro-electric facility, good roads, abundant water and a highly collaborative local labour pool. The project is fully permitted for drilling and up to date for federal and state environmental requirements.

The gold-copper-magnetite skarn deposits being defined by Mexican Gold are extensions of significant historic mines which once supported the region. As such, both deposits (known for generations as El Dorado and Santa Cruz) are accessible from surface. The form and grade of this mineralization is continuous and well-understood. Metallurgical work has outlined excellent metal recoveries from flotation only, without any requirement for cyanidation processing. Many historic mines in the district remain to be investigated and initial exploration at several locations shows very similar mineralization to the better-known deposits.

The Las Minas mining region has been active for centuries. Malachite staining in the white marble cliffs would have been obvious to the earliest observers. Documentation and ruins of mining facilities and former town-sites remain from the early 1800’s. Despite the long history, modern exploration only dates back a decade. Source Exploration initiated diamond drilling in the region in 2011, and the first geophysical surveys in 2012.

The Las Minas project is located 16 km from a high-speed toll highway and rail corridor at Cruz Blanca junction, which by road is another 240km east of Mexico City and 150km west of the port city of Veracruz. The town of Perote (pop. ~35,000) is 10 km from Cruz Blanca and has most supplies and services available. Las Minas village, with 600 inhabitants, supplies plentiful local labour.

Within the resource area, there is a small hydroelectric facility supplied by steel penstock tubes from a reservoir several hundred metres up the ridge. Rural roads provide access to much of the claim area. There is abundant water in the creeks 12 months a year which is free to use. Almost all the land on the claim is privately owned rather than being part of the ejido system and there has been no trouble with surface access. The company owns the land over and above the Santa Cruz deposit.

Though topography is steep in the surroundings of Las Minas, extensive mining has been carried out throughout some of the most challenging areas. At present, all of the targets being investigated offer very easy access, being on level ground near roads. The total relief on the project is just under 800m.

At an altitude of 1400m, Las Minas has a temperate climate, with summer maximum temperatures of 28°C and winter minimums of 4°. The rainy season from June through September is not intense, with stiff showers possible in the late afternoons and over nights. Most exploration activities can be accomplished 12 months a year.

Mexican Gold maintains a friendly, constructive relationship with the local inhabitants and town councils. The company makes regular donations to local schools and town facilities. During exploration programs, Mexican Gold is the town’s largest employer and our employees are proud to be a part of the excitement surrounding the potential revival of the mining traditions of the region.

The Las Minas area is located at the intersection between the Sierra Madre Oriental volcanic province and the Trans-Mexican Volcanic Belt. The region is locally underlain by a Cretaceous carbonate platform which has been intruded by mid-Tertiary (and younger) sills and dikes. The cretaceous rocks have been covered by up to 200 metres of pyroclastic flows, mostly related to the Trans-Mexican Volcanic Belt, which lies on the southern flank of the region. The whole is underlain by a proterozoic crystalline basement of generally high metamorphic grade. 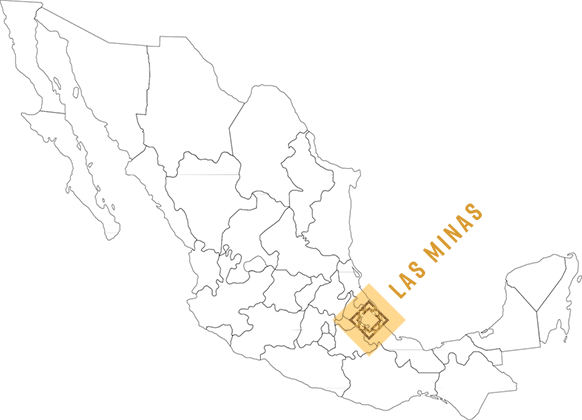 The package of cretaceous carbonate rocks and plutonic intrusives is the horizon of economic interest. Up to 1000m of its stratigraphy is intermittently exposed by the erosion of deep canyons between the high volcanic plains and the low-lying coastal strip. Many of these canyons mark the presence of structures within the carbonate platform, some of which can be traced for tens of kilometres. The carbonate rocks are relatively pure and only weakly deformed, with locally extensive marble development up to 500m in thickness and skarn of up to 200m when in contact with large volumes of plutonic rock.

The most prominent and economically important intrusive lithology in the Las Minas area is a highly evolved, medium grained dioritic phase composed of calcium-rich plagioclase, generally 10 to 15% hornblende +/- biotite and various Fe-Ti oxides. On the Mexican Gold claims this dioritic rock forms a thick sill underlying the entire claim area, a stock complex over 2km in diameter, and numerous smaller dikes and sills. All of these types of intrusive features have Au-Cu-Ag mineralized skarn and other mineralization styles and commodities associated with them. The historic mines and showings on the Mexican Gold claims are found, regardless of commodity affiliation, over 800m of stratigraphy. The system is interpreted as a mid-crustal, high temperature environment.

The predominant Au-Cu-Ag-magnetite skarn is described in detail in the Las Minas Deposits section. Most of the larger historic mines targeted this deposit type. It occurs both on sill and dike contacts where it is respectively thicker or richer. The sill-contact mineralization is centred around the intersection line of steep structures within the carbonate and the contact. Another environment (Santa Cruz, San Antonio) appears as lateral ‘flares’ in prepared ground attached to the interpreted stock complex.

Zn-Pb-Ag skarn mineralization has been sampled on dike contacts in several locations and in one historic mine with over 200m of workings. These showings do not point toward any definitive metals zoning, either vertically or laterally, in the claim area.

One of the larger and better known historic operations (known as La Miqueta) mined multiple narrow, steep, Au-bearing quartz veins within a silicified biotite-carbonate schist developed in limestone just above the major sill contact. Several smaller workings mined quartz veins in narrow structures within the dioritic sill itself proximal to its upper surface, where recent sample assaying up to 54.1g/t and 62.2 g/t Au over 1m have been taken. This deposit type is not yet well-understood, and surface work in the area was only initiated in 2017.

The El Dorado deposit is a consistent, single, flat lying sheet of Au-Cu-(Ag)-magnetite skarn developed on the sub-horizontal contact between the carbonate platform and the regionally extensive dioritic sill described above. The zone is lenticular in cross-section E to W, and has been drilled over an area of >650 by >420m. There is very little variation in the mineral distribution, textures and zoning at El Dorado; only the thickness (4 to 60m, generally 12-30m) and grade varies.

The mineralization is almost entirely confined to prograde garnet-(pyroxene) exoskarn, with ore minerals chalcopyrite +/- bornite replacing magnetite or interstitial to coarse garnet grains. Magnetite occurs massive and as well-defined, sub-planar, contact-conformable, centimetric bands in massive garnet or less commonly as randomly curving banding in diopside. Pyrite is a rare, post mineral phase; pyrrhotite and sulfarsenides are not present. Above the very sharp exoskarn front, the carbonate is invariably marble, with only proximal (<10m) and weak calc-silicate alteration. A common feature directly above the deposit is irregularly distributed late to post-mineral -stage hydrothermal breccia, which penetrates intermineral dioritic and endoskarn dikes and sills as well as marble.

The breccia is generally matrix-supported in brown to green to red fe-carbonate + hematite, and shows multiple stages of activation, and some dissolution textures when in marble. It very rarely contains anomalous Au values.

The Santa Cruz deposit is a series of dipping, stacked lenses 8-40m thick, located 100 to 150m above the SE portion of the El Dorado. These mineralized lenses occur within a greater package of exo and endoskarn in a corridor approximately 185m wide by 120m thick by 120m deep. Between the two deposits is marble or inter-mineral endoskarn dikes and sills, much of it lying in the intermittent hyrothermal breccia zone. Santa Cruz is exposed on a steep slope along its entire west side, and continues across a small canyon in to the Nopaltepec target.

Much of the character of the mineralization at Santa Cruz is very similar to El Dorado, though the former features notable sulphide redistribution (both destruction and re-concentration), likely through the action of multiple interpenetrating dikes and sills of calcic dioite and endoskarn.

There is also further suite of silica-poor minerals (olivine-augite-serpentine) proximal to a sheeted dike complex (or stock) which marks the south end of the marble / skarn / mineralization.

This vertically-extensive volume of intrusive rock is virtually identical in chemistry, mineralogy, texture and alteration schemes to the dioritic sill underlying the region, and shows mineralized skarn developed on its north contact.